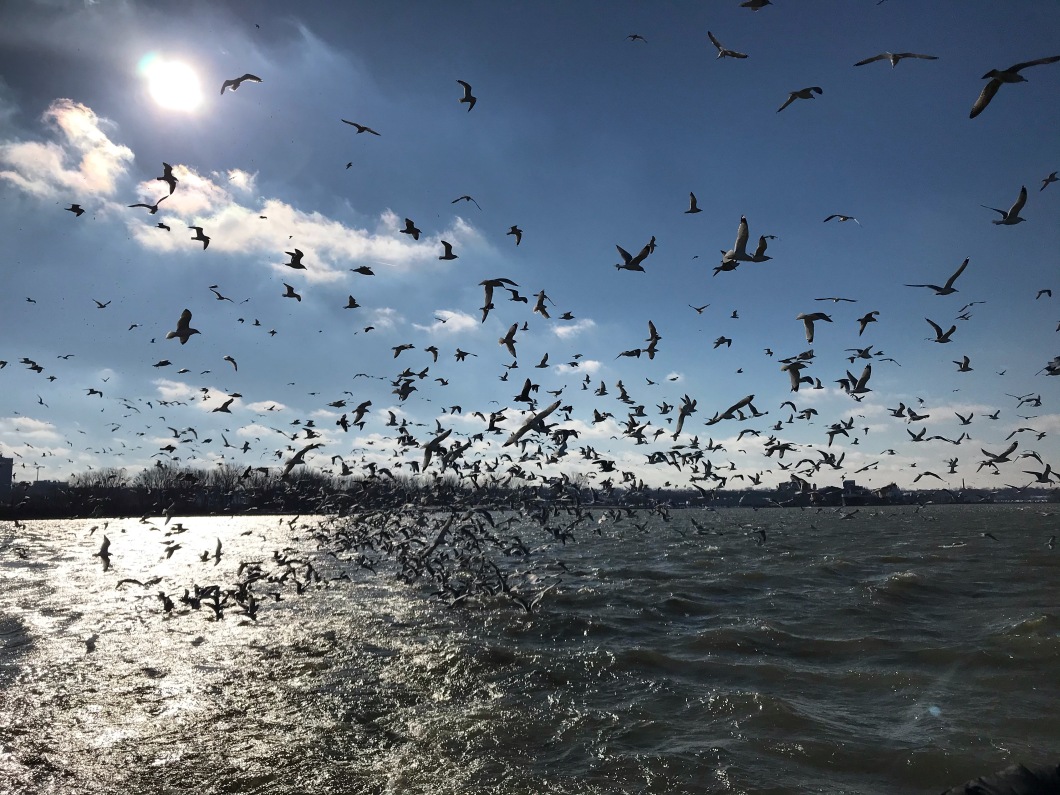 I started 2020 out right heading out on The Holiday on New Year’s Day for a pelagic. Another pelagic that Black Swamp Bird Observatory organized was on December 14. It rained ALL. DAY. I had three layers on and (what I thought was) a waterproof coat and I was soaked all the way through. January 1, though… what a beautiful day.

Maybe I was extra thankful because of how wet and rainy the last pelagic was, but I was so happy to be out on the water, looking at birds, and feeling some sun.

Highlights of the trip included: Purple Sandpiper, Glaucous Gull (a low estimate of 15,000 was made for our trip for gulls in general), and the Putzfrau.

If you’re thinking Putzfrau is a funny word for a bird, you’d be right. She’s a boat! We were heading back to the dock and saw a boat tied to a dock next to a bright yellow building. Chuck Slusarczyk Jr., Cleveland native and gull expert, was on our pelagic and pointed out the boat. He knew her name and knew that she was important, but I had never heard of her. 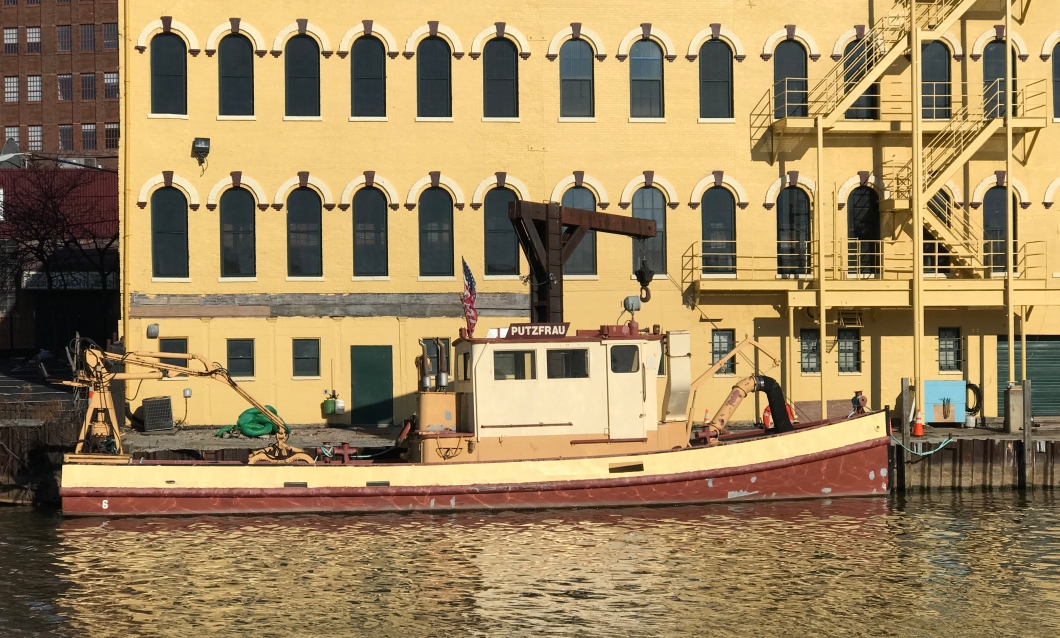 The Putzfrau, it turns out, was a vital part in cleaning up the Cuyahoga River after it caught fire in 1969. The Putzfrau — which translates to cleaning lady in German — was outfitted with a vacuum, crane, and a winch that could clean up 100 cubic yards of debris and 15,000 gallons of oil in a 16 hour day.

One of the good things that came out of the river catching on fire is the passage of the Clean Water Act in 1972. The federal law regulates the discharge of pollutants into the nation’s surface water, including rivers, lakes, streams, wetlands, and coastal areas. Before the passage of the Clean Water Act (which used to be called the Federal Water Pollution Control Act), environmental concerns were heightened and caused President Nixon to establish the Environmental Protection Agency in 1970.

The Putzfrau was recently restored after being dry docked for many years after her hard work on the river. Even though she wasn’t a bird, it was definitely a highlight of the pelagic for me.